Our family, Ludvig, Johan, Lena and Håkan have our roots from north to south in Sweden

- Umeå up in north

- Gothenburg (where we all are

- Balkåkra and Snårestad, small villages in the very South, Close to Ystad (Skåne)

Lenas and Håkans parents were living only about a kilometer from each other on the east side of Gothenburg back in 1958 and 1959, the birthyears of  Håkan and Lena. But it took about 30 years before we met, in 1988.

The name Balcker origins from the name taken by the siblings Mårtensson (the family of Håkans grandma, Betty) from the small village Balkåkra in the south of Sweden, somewhere in the years after 1900.

At first, three of the siblings took the name Balcke. As the story is told, later on when next one wanted to change name the first three ones had emigrated and the name was taken but another family, who, as the story also is told, refused to allow the new Mårtensson sibling to use the name. The simple solution was then to ad the "r".

The name is inspired by the name of the small home village, probably by the old spelling, Balckagra, that can be seen on the coffin in Marsvinsholms church (you can see the coffin on the front left side of the church, close to the altar). The coffin (dated 1693) is said to come from the old Balkåkra church, nowadays a church ruin.

The name is today carried by three branches from the original siblings. One branch is direct descendent on the male side of the siblings and two are taken up later on from the female side of the "first Balcker's". 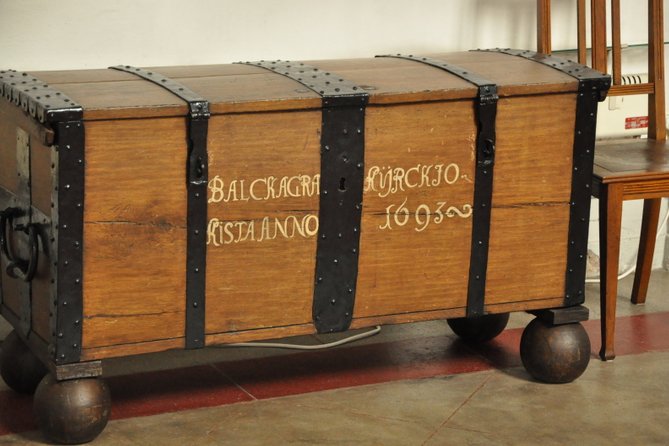